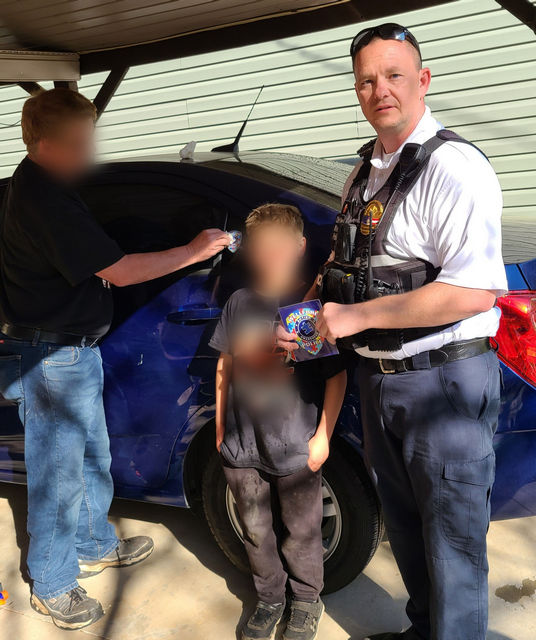 Chief David Green of the Wellford City Police Department founded a program to protect the autistic children and adults in his community. To further the goal of this amazing program, Vector Centerline De-Escalation Shields is rolling out an amazing nationwide program in conjunction with Chief Green to bring autism and EDP awareness to law enforcement to better connect communities nationwide.

When an officer arrives at a call and a person is behaving erratically, that officer needs to be able to evaluate the person to decide if he or she is a credible threat, having an emotional episode, or if the person could in fact be autistic.  This needs to be done in the safest way possible for both the officer and the person being interviewed. Many departments don’t have the key tools and much-needed training to more safely interact with a person or child who could be having an emotional episode unannounced to an officer.

Vector currently provides protective barriers and training for officers who may have to interact with autistic children or adults.  Vector provides specially designed stickers for families to place on the front door or near the front door of a home where an autistic child or adult lives.  This sticker notifies responders at a glance that there is possibly an autistic person or child or inside.  This sticker can also be placed on the back of a vehicle.  In this way, an officer has a better idea of who he or she may be encountering on a call.  If a person is acting erratically and the officer sees the sticker, this is a good indication that this child or person may be autistic and needs to be handled differently than other calls.

According to a 2020 CDC report, approximately one in 54 children in the United States is diagnosed with an autism spectrum disorder and autism is the fastest growing developmental disability. Another recent study stated that more than 3.5 million Americans live with an autism spectrum disorder.  It’s a devastating fact that with these ever-increasing numbers of autistic people, every year autistic children or adults are injured or killed by police who unfortunately confuse the erratic behavior of an autistic person or child with that of a threatening criminal. 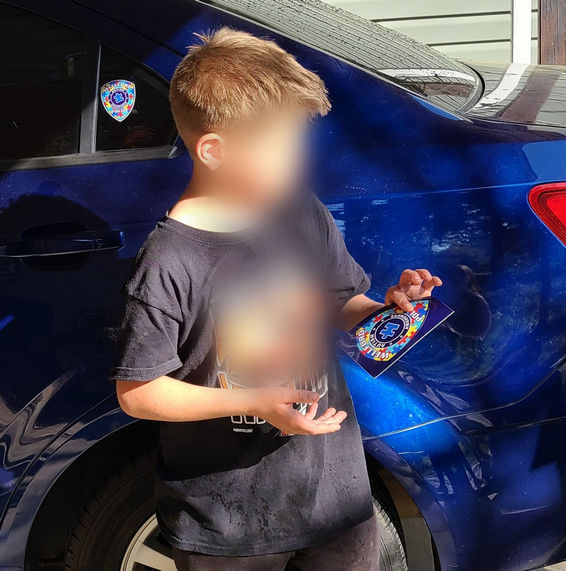 After attending Autism Awareness training, Chief Green was able to identify that a child involved during a distress call was in fact autistic and the boy was then taken into protective custody to get the proper care he needed. It was after this incident that Chief Green developed his Autism First Responder Awareness Program.

We now have a way to help prevent potential tragedies and proactive officers and chiefs are asking for this life-saving equipment and training.  Vector has documented saves involving emotionally disturbed persons where lethal force was legally justified by an officer but not used because the officer involved was protected with a Vector and attended our de-escalation training. 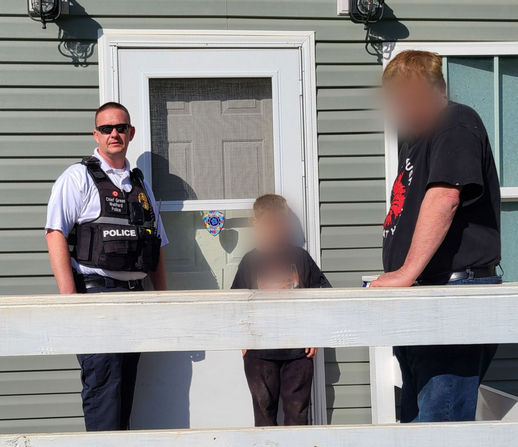 There was a barricaded subject in a portable restroom who had a knife. Chief David Green could have been justified in lethal force by having his rifle drawn on the man in the restroom like other officers did who were there without Vectors. The Chief was protected as he had his Vector and his rifle but did not have his weapon drawn on the subject. Other officers had guns out and drawn on the portable restroom because they did not have shields to protect themselves. If the man would have attacked Chief Green, he was ready to respond with lethal force if needed, but it was not needed as he was protected behind a Vector and the man was safely taken into custody.  Chief Green was protected and the barricaded subject was not in danger of getting shot by the Chief unless the man tried to attack him. No lethal force was used.

Thanks to Chief David Green of the Wellford City Police Department for working with Vector Protective Barriers in taking a giant step towards protecting the autistic and other emotionally disturbed persons as well as his own officers, and now officers across the United States.

If you are the parent, loved one, or friend of an autistic person, autistic child, or any person with a disability who could potentially have an episode during an interaction with law enforcement or if you are an officer or chief of a department who has one or more of these individuals in your community and you are looking for better tools to protect them as well as your officers, please listen to this episode of Law Enforcement Unconventional which is available on all major platforms.

If you would like more information on this program for your department or community, please call 239-281-8669 or email savingliveswithvector@gmail.com or visit us on social media at Vector Protective Barrier.

Any interested persons can also reach out directly to your local police or sheriff’s department and ask them to call us to get more information on how to get this amazing program into your community.

Businesses and individuals who wish to help can sponsor personal protection barriers and training to go into departments and can also purchase stickers to be given to autistic families in communities.